Ohioans purchased $949 million worth of liquor in 2014 – the most in the history of the Buckeye State.

Last year saw Ohio’s spirituous liquor sales increase 5.6 percent from 2013 when Ohioans shelled out for $898 million worth of alcohol, according to the Ohio Department of Commerce.

Jack Daniel’s Tennessee Whiskey was Ohio’s spirituous liquor of choice in 2014 – Buckeye-State natives bought 364,060 gallons compared to 292,772 gallons of Crown Royal Canadian Whiskey, which is No. 2 on the list of top 10 best-selling brands last year.

Top 10 selling brands of spirituous liquor for Ohio in 2014:

Beerfest is about to take center stage here in the Queen City this weekend, but apparently Ohio has a soft spot for hard liquor. I don’t know how much 12.6 million gallons is, but I bet Shamu would kill to have that kind of real estate. Chances are you probably pitched in a few liters yourself, so let’s see where your favorite adult beverage checked in on the list.

A tried and true whiskey for the ages. A bottle of Jack says I love whiskey, but I’m not very creative and am more of a no frills type of guy. The vanilla ice cream of whiskeys. Not that that’s a bad thing, though. Who doesn’t like vanilla ice cream? God damn liars, that’s who.

The official “nice whiskey that’s not really nice whiskey” whiskey. I’ll be honest, freshman year of college I’d always keep a bottle of Crown and a bottle of SKYY on ice in my freezer. The official “wanna come back to my room and take some shots?” go to beverages. At 18, them shit’s were fucking pimp and you couldn’t tell me otherwise. And that velvet purple bag? Silky smooth.

The official tailgate liquor. What time is kickoff? 1 pm? Great! That means we have 3 hours to see how much of this 1.75L bottle we can kill. I don’t think I’ve been to a football tailgate in the last half decade or so that hasn’t had at least one bottle of Captain Morgan laying around somewhere. Not sure when that trend started, but anyone at my tailgate that isn’t ready to set sail with The Captain is walking the plank.

Things are about to go from 0 to 100 real quick, real fucking quick. The official whiskey for those who crave bold flavors and HARD binge drinking . You’ll probably even make out with at least a thousand babes in a single night. It’s whatever though. 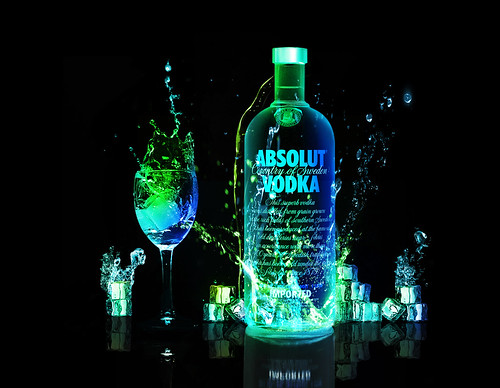 Probably the best vodka out there, besides Tito’s. And Stolli’s. And Smirnoff. Nothing wrong with a good bottle of Absolut though. The best part is that when you’re finished you can bust open a couple highlighters and make yourself a glow bottle to decorate your dorm room.

The official beverage of summer. Not Corona, not vodka sodas, not magaritas, Bacardi and Cola’s all day ’til I pass out. If downing Bacardi and Cola’s were an Olympic sport, I’d take home gold, silver, and bronze then order a couple more and have myself a victory lap.

Sticking with the summer theme, Smirnoff is the official vodka of the spring/summer diet. Tough to get that bikini bod crushing Bud heavy’s every weekend. Instead, load up on the Smirnoff and watch that skinny juice work wonders.

The official vodka of underaged kids and homeless people. Choking down a fifth of Kamchatka is actually a right of passage amongst kids who are trying to get their swerve on before they leave the friendly confines of the parent’s nest. It’s cheap, it’s available, and if you’re still drinking Kamchatka past the age of 20 there’s a 100% chance you’ll end up living in a box down on Fifth Street.

See Fireball Whiskey (minus the makeouts). Jager was Fireball before Fireball was Fireball. While Jag isn’t nearly as popular as it once was, there will always be some asshole at the bar that orders copious shots of Jager all night long. Generally, no one likes that guy and consequently he’s the guy that will also be driving home later that night too.

Owner, operator Queencitybeerleague.com. AKA The Commish. Q-Ball is that asshole at the office who refuses to brew a fresh pot of coffee. Not because he doesn't want to, he's just too embarrassed to admit that he doesn't know how.
View all posts by Q-Ball →
This entry was posted in News and tagged Liquor, Ohio. Bookmark the permalink.