Sure, he’s a WWE superstar and a Hollywood A-lister, but ever notice how the Rock looks every bit a bodybuilder? (That’s a rhetorical question.) How does he do it? By working with a conditioning coach—specifically, IFBB pro bodybuilder George Farah. Check out Johnson’s muscle-building diet:

Damn Dwayne, pick up a weight every once in a while. Maybe work in a little protein, throw in some good carbs. Summer is right around the corner, bro. You don’t want to start beach season looking like a wet mop, do you? 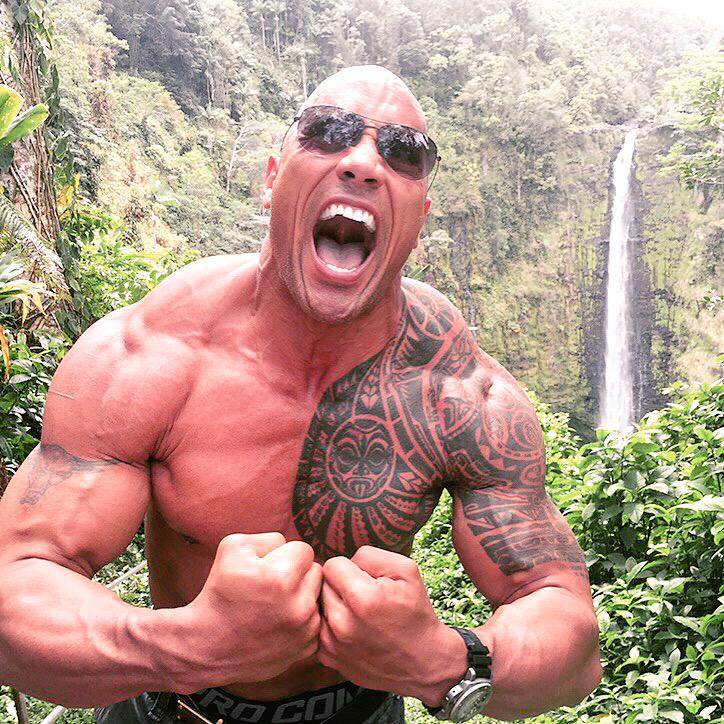 In all seriousness though, if you’re an A-list actor/athlete/singer/entertainer there is absolutely no reason for you to not be absolutely shredded six ways from Saturday. Not to take anything away from The Rock, the dude is obviously a freak of nature and the very definition of a physical specimen, but if money isn’t an issue and you have access to a personal chef, a personal trainer, and a shady Hispanic guy who lives in Miami that can get you enough Androl, Dbol, and HGH to turn your balls into the size of snow peas, there’s really no reason to not look like Hercules.

PS- My friends call me crazy, but one of my all time bucket list items is to get a lift in with The Rock one day. Don’t tell me going #BootsToAsses with Dwayne Johnson wouldn’t be the coolest fucking thing ever. Just tossing around wagon wheels like useless henchmen in those Fast and Furious movies.

Owner, operator Queencitybeerleague.com. AKA The Commish. Q-Ball is that asshole at the office who refuses to brew a fresh pot of coffee. Not because he doesn't want to, he's just too embarrassed to admit that he doesn't know how.
View all posts by Q-Ball →
This entry was posted in News and tagged Dwayne Johnson, Food, Lifting, The Rock. Bookmark the permalink.