STOP THE PRESS: Chipotle To Introduce Chorizo At Select Restaurants 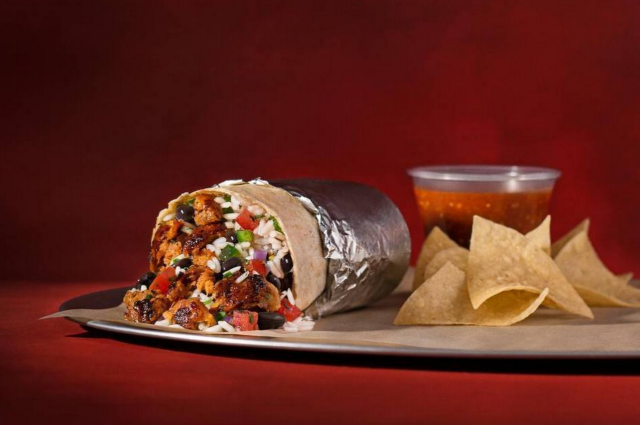 Via- The Kansas City Star

The Mexican-style fresh sausage — a blend of ground chicken and pork with paprika, cumin, garlic and red wine — is available throughout the city’s 33 locations starting Tuesday.

You might remember that in the fall, Chipotle introduced sofritas, a braised non-GMO soy product by Hodo Soy that was originally test marketed in San Francisco. Now the company is testing the chorizo as another protein option that can be served as a burrito, bowl, salad or taco for $6.95.

Since the company’s founding 22 years ago, very few new menu items have been added, although travelers may have glimpsed the chorizo in an earlier test run at New York airport locations as a breakfast menu option.

Chipotle corporate chef Nate Appleman, a James Beard Rising Star Chef in 2009, worked on the development of the sofritas, but he has really been chomping at the bit to roll out the chorizo since he arrived at the company.

Chorizo uses ground meat from various parts of the hog, so adding it may help ease that supply-chain glitch while wasting less of the animals they do have. Chicken is far and away Chipotle’s largest selling item, while the chipotle adobo marinated steak is the spiciest.

Appleman’s chorizo recipe blends the pork with chicken for a lighter, less greasy sausage. The patties are seared on the in-store grill and crumbled before serving. Is it spicy? That depends on your definition of hot, but one thing is for sure: “This is a full-flavored chorizo.”

He recommends combining the chorizo with white or brown rice, black beans, tomato salsa, sour cream or cheese, and maybe a little guacamole.

You know you’ve made it big when everything you touch turns to gold. Apple could slap their logo on a bunch of Cracker Jack watches and still sell them for $500 dollars a pop, Drake could record four minutes of static and still score a number one hit single, and Chipotle could wrap runny dog shit in tortillas and people would still be lined up around the block wrapped in tin foil to get their free burritos on Halloween. That’s just what happens when you got the burrito game on lock. A big reason why Chipotle has reigned king of the burros is because they’ve stuck by their tried and true menu while the rest of the competition tries to introduce all sorts of new and crazy ingredients to keep up with the Jones’ instead of leaning on what they do best. I want to get hyped for Chipotle’s new chorizo, I really do, but if Chipotle follows suit and starts trying to throw all sorts of shit against the wall until it sticks, I fear their quality is going to drop off and they’re going to end up with a slew of 4 and 5 starters instead of having a couple rock solid aces to hold down their rotation like they do now. Look at McDonald’s. 40 years ago when Ray Cook was only slinging burgers even McD’s used to grill up some quality meat, but bring on that monster menu and four decades later we’re stuck eating hockey pucks that have been sitting under a heating lamp for the past two days like a total scumbag.

The reality of the situation is I can sit here and nitpick all I want, but give me steak, give me barbacoa, give me chorizo, or even those new sofritas that everyone acts like they’re too tough and macho to eat and I’m going to devour that shit like a starving Syrian refugee at a Unicef brunch.

Owner, operator Queencitybeerleague.com. AKA The Commish. Q-Ball is that asshole at the office who refuses to brew a fresh pot of coffee. Not because he doesn't want to, he's just too embarrassed to admit that he doesn't know how.
View all posts by Q-Ball →
This entry was posted in News and tagged Chipotle, Chorizo, Food. Bookmark the permalink.