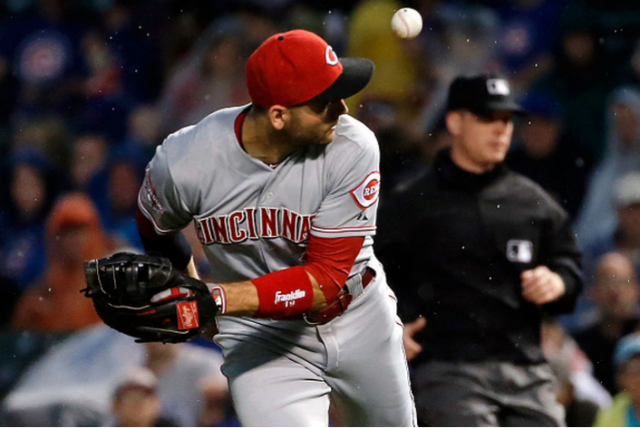 While you were out on a patio somewhere crushing vodka sodas on Saturday night, Joey kept bringing the sex with a nasty behind the back play at first. Say what you want about the Reds and that shell of a team they have to run out there, but Votto and Phillips are still about as good as it gets on the right side of the infield.

Double PS- Check out the Cubs bullpen catcher. The between the legs butt catch is pretty cool too, I suppose

Owner, operator Queencitybeerleague.com. AKA The Commish. Q-Ball is that asshole at the office who refuses to brew a fresh pot of coffee. Not because he doesn't want to, he's just too embarrassed to admit that he doesn't know how.
View all posts by Q-Ball →
This entry was posted in Reds and tagged Chicago Cubs, Jay Bruce, Joey Votto, MLB. Bookmark the permalink.