#Yankees and #Tigers each had a scout at Johnny Cueto's start in Chicago over the weekend. #Reds @FOXSports

#RedSox had a scout at Johnny Cueto's most recent start, but now they have second-worst record in AL. Can they legitimately buy at deadline?

If the Reds aren’t going to use Aroldis Chapman properly, they should just trade him. @Ken_Rosenthal: http://t.co/85tiqRrIln #JABO

Time to place your bets, everybody. Who’s gonna go first? Cueto? Chapman? Leake? Maybe even Frazier? It’s no secret the Reds are going to have to make some sort of move(s) at some point this year. The 2015 season is in the shitter and it’s not exactly like we’re Cold War-era Soviet Union stockpiled with talent in our minor league system. The trade train has been gaining momentum for a while and now that we have a full head of steam, it’s only a matter of time before one more of our big names are cleaning out their lockers and skipping town. The only real question now is when will Jocketty and Castellini decide to pull the trigger. I can see why management would want Cueto and Chapman to stick around through the All-Star break, but go ask 10 random Reds fans on the street would they rather see Cueto and Chapman hurl in the Midsummer Classic or would they rather see the organization take steps to try to rebuild this team for the future. I guarantee you 9 out of 10 take the latter and that tenth guy is probably the bad bulb on a strand of Christmas lights. I applaud the Castellini’s going all out to prepare Cincinnati for the All-Star game, but the reality of the situation is Reds fans (and the national audience for that matter) don’t really give a fuck about the perception of this Reds team come July. If the Reds aren’t going to use Chapman, we may as well go ahead and deal him because it’s not like we’re going to be able to maximize his value if we keep losing games. Same goes for Cueto. Even with his balky elbow, Johnny is an ace amongst aces and any real contender would LOVE to have Johnny for a stretch run, as evidenced by the rumored list of buyers. Let’s just get it over with already. This team is so frustrating on and off the field it’s utterly flabbergasting. 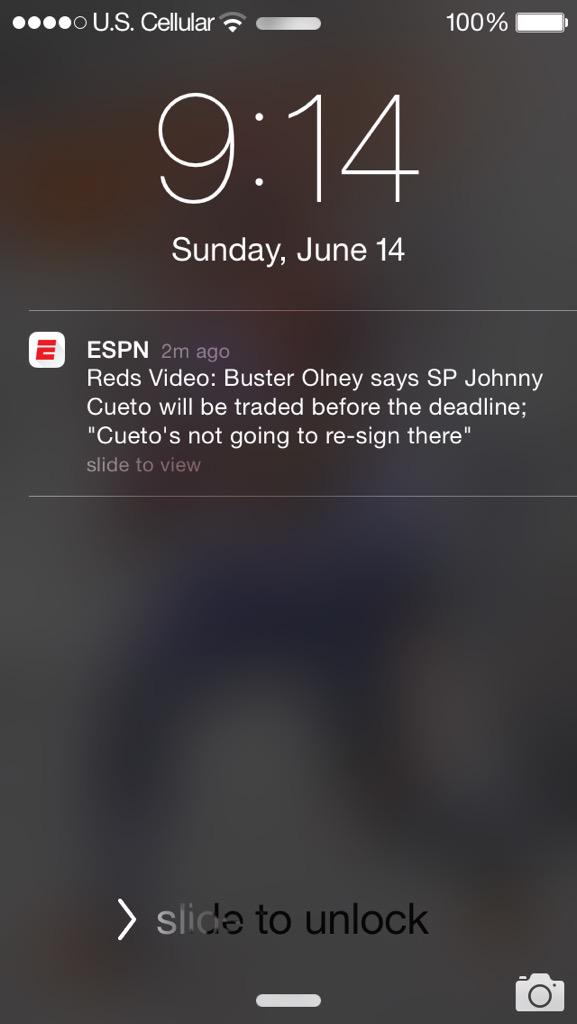 Tell me something I don’t know, Buster. You’re only about a year or two behind on that one. How does one go about getting a job that pays a national TV salary for stating obvious facts that most in-the-know sports fans already know? Sounds like a pretty sweet gig tbh.

Owner, operator Queencitybeerleague.com. AKA The Commish. Q-Ball is that asshole at the office who refuses to brew a fresh pot of coffee. Not because he doesn't want to, he's just too embarrassed to admit that he doesn't know how.
View all posts by Q-Ball →
This entry was posted in Reds and tagged Aroldis Chapman, Johnny Cueto, MLB, MLB Trade Rumors. Bookmark the permalink.