The Wait Is Over. UC Unveils Their New Under Armour Home Football Uniforms 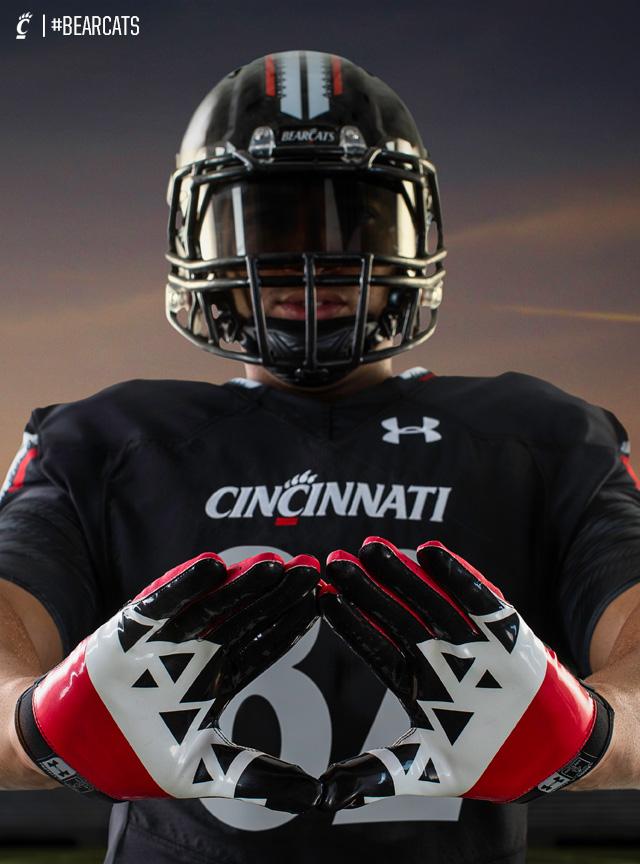 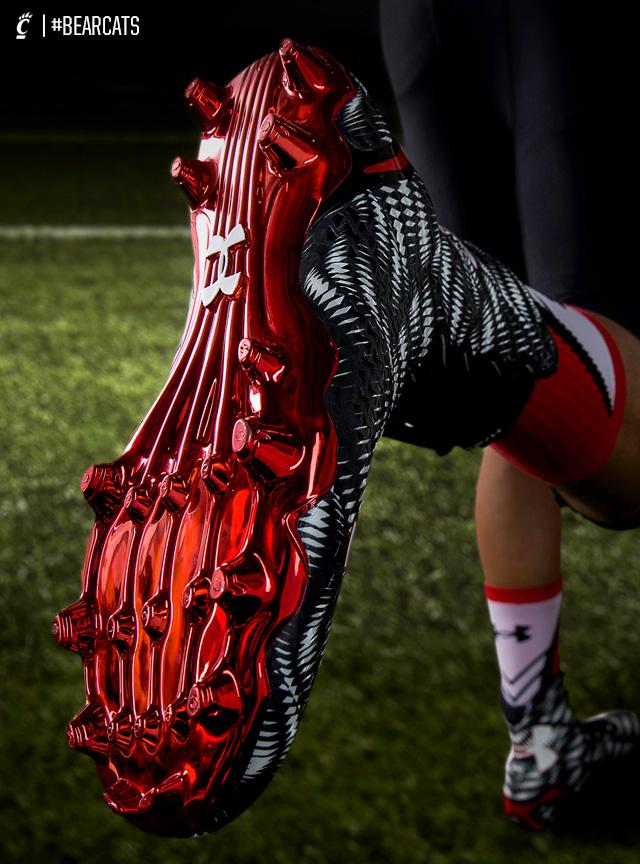 Decent uniforms all around, I suppose. In a day and age where so many teams try to outdo themselves with the latest and greatest chrome helmets and neon colors, I like that the Cats tried to keep things simple, don’t like that we had to wait a month for something as barebones as these. Also I’m assuming that the triangle pattern is derived from the Lindner Athletic Center/nerd dorms? Kind of strange that you would want to highlight a few windows when you have so many other recognizable features throughout the city. No Union Terminal, No Fountain Square, No City of Cincinnati flags, even the city skyline itself is very recognizable and could have fit well into the uniform schema, but I do understand the logic behind the whole window thing. Anyone who’s been on campus for ten seconds can recognize the Lindner Center and it’s certainly a very prominent feature of Nippert Stadium. Love the idea, especially in conjunction with the whole ‘Juncta Juvant’ thing that’s being worked into everything now, but the execution left a little to be desired. All in all, decent uni’s. Originally I had said 3.5 out of 5, but I’m changing that to a 3 out of 5 and that’s my final answer. Half a point deduction for the horizontal stripes on the pants which I don’t love. Also for deleting the original uniform release tweet. Not a great look, @GoBearcatsFB.

PS- How much do you want to bet that the story behind the triangle pattern on the new uni’s will be this year’s “did you know that Ralph David Abernathy IV’s grandfather marched alongside Dr. King” ESPN broadcast small talk? I expect to hear two talking heads that know nothing about Bearcats football to have that conversation no less than about four or five times this season.

Owner, operator Queencitybeerleague.com. AKA The Commish. Q-Ball is that asshole at the office who refuses to brew a fresh pot of coffee. Not because he doesn't want to, he's just too embarrassed to admit that he doesn't know how.
View all posts by Q-Ball →
This entry was posted in Bearcats and tagged Football Uniforms, Under Armour. Bookmark the permalink.