Is It Acceptable To Threaten Your Own Mother and Burn Down the House In An Argument Over the TV Remote? Because This Guy Seems To Think So 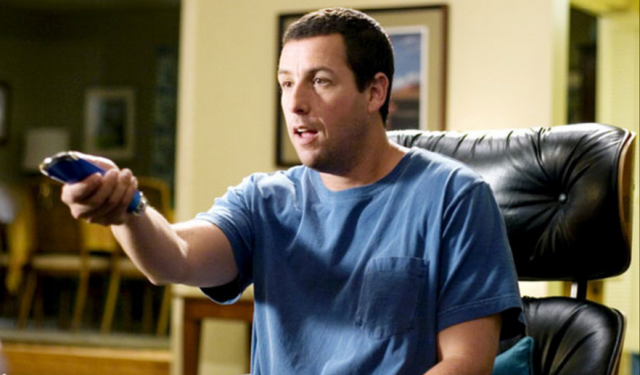 A West Price Hill man threatened to kill his mother and burn down the house during an argument over a TV remote control Tuesday, according to court documents.

Tyshawn James, 31, is now the subject of a restraining order filed by his mother Betty Booker, according to court documents.

James faces one count each of assault and domestic violence in Hamilton County Municipal Court, according to court documents.

Fortunately, I was one of those kids lucky enough to not have to move back into the nest after college. No having to lie to chicks about my living situation, no having to live in fear of walking in on my parents doing the horizontal hula. Yea, I was able to dodge that bullet, but let’s pretend for a second that I wasn’t so lucky. I feel like in that scenario there are certain situations in which you just have to pick and choose your battles wisely. Like if Mom asks you to help clean up the basement you’ve been crashing in or Dad needs you to go grab some steaks for Sunday dinner, it’s probably best to just grit your teeth and do what you gotta do without any fuss involved. You know, since you’re an adult living under someone else’s roof for free. But as a man, sometimes you gotta stick up for yourself. Sometimes certain situations present themselves in which you just have to dig your cleats in and scratch tooth and nail to defend what’s right in your mind and I think we can safely draw that line at TV remote. Go ahead and name me five household items that are more important than TV remote. I’ll wait. Outside of food, water, and basic necessities, the remote is probably the most important item in the house that you don’t even realize ‘til it’s gone. I mean at that point you may as well just bring back hand crank radios or turn dial, 3 channel televisions. Having to rifle through a full slate of satellite cable channels is about as insurmountable of a task as climbing Everest with no oxygen or building the pyramids by hand. So if you come home one day and Mom is trying to take away your TV remote, maybe you do have to get a little crazy to protect what’s yours. I’m not saying it’s OK to threaten violence and give your Mom the pimp hand, but if you give a woman an inch she’ll take a mile. Besides, shouldn’t she have something better to do?

PS- That handheld device that changes the channels and settings on your television, what’s that called? Remote or clicker? I’ve always said clicker and thought that was totally normal but I’ve literally only known like three other people who say clicker. Anyone else out there say clicker or am I just the crazy one?

Owner, operator Queencitybeerleague.com. AKA The Commish. Q-Ball is that asshole at the office who refuses to brew a fresh pot of coffee. Not because he doesn't want to, he's just too embarrassed to admit that he doesn't know how.
View all posts by Q-Ball →
This entry was posted in News and tagged Arrest, FIght, Television Remote. Bookmark the permalink.