Former UC Coach Butch Jones Is In Hot Water For Slugging One Of His Players. Oh, and There’s Video – Allegedly

Butch Jones strongly denied allegations involving an alleged fight with a player on Monday and called them ‘absolutely ridiculous’, but sources have told Gridiron Now that there’s video of the incident that happened during a fall practice.

The incident occurred during fall camp, about the time that news started to come out about a few offensive linemen who were considering stepping away from the program. Crowder walked off the practice field one day and missed a day or two of practice, and Brett Kendrick and Dylan Wiesman were said to be contemplating their futures. Sources say the players’ actions stemmed from an incident between Jones and Crowder.

Ever look at someone and just think, Oh yea, that person looks like they definitely did whatever it is they’re accused of doing. Not a doubt in my mind. Like when you see those old pictures of Charles Manson with the wild hair and the creepy stare and that swastika carved into his forehead, that just looks like a guy who brutally murdered a Hollywood actress and cut her baby out of her. Well, when I see Butch Jones with his flat top haircut and veins popping out everywhere I automatically think to myself, Oh yea, that guy definitely looks like he beats his players. Not a doubt in my mind. 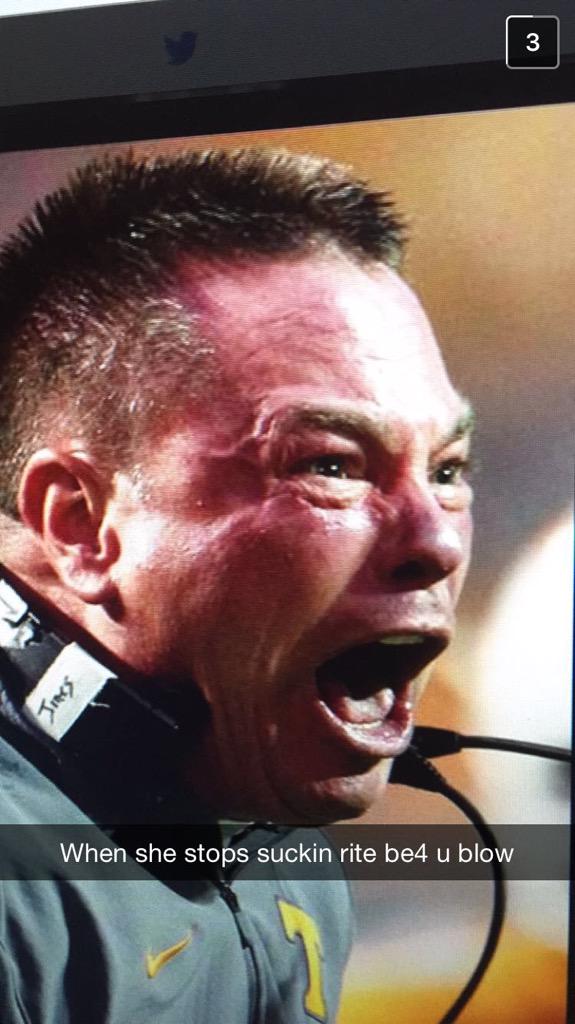 Butch isn’t exactly what you’d consider the loquacious type. To make matters worse, things aren’t exactly going swimmingly down there in Knoxville. To be fair, I don’t know shit about Rocky Top football, but I do know that next to Lane Kiffin our boy Butch Jones might be the most hated man in the state of Tennessee. Can’t manage a game, can’t get them back to a New Year’s Day bowl, sorry, Butch. That stuff doesn’t fly with those crazy hilljacks down there in moonshine country. Lump all that stuff in with Butch’s off the handle temperament and I guess it’s pretty easy to picture a scenario where Butch loses his shit and cleans some poor college kid’s clock. Not saying that for sure happened, honestly we’ll never get the real skinny, but you know how the saying goes. Where there’s smoke there’s fire, blah blah blah.

PS- How about all the old UC coaches just laying waste to everything after leaving the program, huh? Butch is laying out kids and Brian Kelley more or less killed a man. Kinda makes you wonder if Mark Dantonio has folks chained up in the basement of Michigan State’s football building or something.

Owner, operator Queencitybeerleague.com. AKA The Commish. Q-Ball is that asshole at the office who refuses to brew a fresh pot of coffee. Not because he doesn't want to, he's just too embarrassed to admit that he doesn't know how.
View all posts by Q-Ball →
This entry was posted in Bearcats, News and tagged Brian Kelley, Butch Jones, FIght, Mark Dantonio, Tennessee Volunteers. Bookmark the permalink.