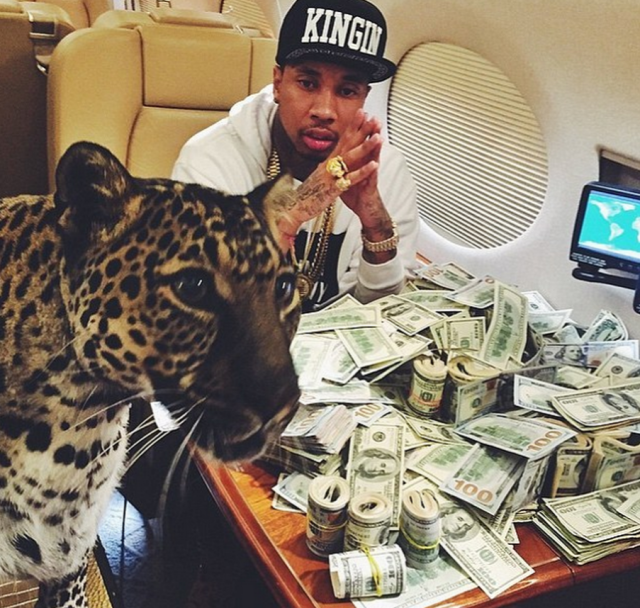 “Among the countless stereotypes about young people is the belief that They manage money poorly.”

Well you’re not exactly wrong, Suz. I’m pretty much your stereotypical millennial and I wouldn’t exactly consider myself Warren Buffet in the financial department. It’s almost like they wrote this article to be specifically directed at me. Like, “Hey you! You slouched over at your computer trying to make it look like you’re busy working. Yea, you! You look like you’re shitty with money, listen up!”

Ever since Pokemon cards were hot in the streets, I’ve been no stranger to wheeling and dealing. But I think they’re forgetting that us millennials enter the workforce as the low man on the totem pole. I’m not referring to those weird carvings on the bottom of the stick either. I’m talking low as in the part of the pole that’s buried underground low. The part that you can’t even see. That’s where we’re at, so forgive me if I’m not necessarily jumping at the opportunity to channel my inner Ben Affleck and demand a retainer.

Isn’t that what Credit Karma is for? Freecreditscore.com? I won’t front, I don’t know my credit score, but that’s nothing a couple minutes and a few clicks of a mouse couldn’t fix. I’m not going to do that though because I’m scared that my credit score is going to end up being something embarrassingly low so instead I’m just choosing to ignore my problems until they go away like a good Irish-Catholic boy should.

Duh, that’s what that $80 leftover in my PayPal account is for. It’s not like I’m actually going to spend it. Plus I have a couple bucks still left in a savings account that I haven’t checked in years so I’m assuming with interest that’s added up to at least double digits by now. I got a little skrilla saved up on the side. If things get really dire I’ll just dip into the ol’ 401k and double down on the Bengals vs. Bills under on Sunday.

Maybe not for some folks, but my company has this French dude who I’m required to meet with once a year that helps manage my retirement fund. Initially I was just going to put in like .5% of my paycheck and pocket the rest, but after I told this dude my plan along with a couple ridiculously dumb questions, he made me feel like such an idiot that he basically shamed me into putting in the max amount that my company will match. Brutal, yet effective strategy. Problem solved.

5. Debt is surmountable-if you don’t ignore it

I often dream of a world where Sallie Mae is just a casual summer fling and nothing more. Maybe someday.

You’re also never too old to use Turbo Tax-Or your idiot friend who’s currently in the process of getting his CPA.

7. A home isn’t always an “investment”

I made a promise to myself a long, long time ago that I’ll never buy a house until I absolutely have to, aka whenever I have a Q-Ball Jr. or two running around. I’ll probably end up being that loser that’s still living in a chic 2 bedroom while all my friends make the move out to the burbs, but on the bright side I also won’t be the chump that’s still working on a mortgage for that overpriced stater home I don’t want to live in anymore. My neighbor just closed on a house recently and honestly if I have to hear about it one more time I’m going to burn that thing to the ground.

What’s that they say? Love don’t cost a thing? Well I say that anyone who spends less than $1,000 on their wedding ain’t no friend of mine. Seriously I can’t picture what a $1,000 wedding even looks like. Maybe a short ceremony and reception in the guest room of the Moose Lodge where the best man is sporting jeans and dad’s grilling burgers and brats out back? Gross.

It’s about time we addressed the kids thing. Honestly, I’m still having trouble wrapping my brain around the fact that people actually want to have kids on purpose. I can barley take care of myself let alone another small human, but you probably already had me pegged as that type of guy about three sentences into this blog. That’s why I’ve been turning stomachs into Toaster Strudel since like ’08.

The race is long and within yourself

Savings accounts, college funds, investment portfolios, and all that stuff are great in theory, and there’s got to come a day when I’ll be big into all of that, but then what happens to everything that I’m blowing money on currently? Football games, Bovada accounts, ill advised online purchases, eating out like seven days a week, throwing money around at the bars trying to impress chicks, all that stuff makes me happy. Happy enough to forget the fact that most people my age will probably be working until our dying breath and that my only real hope is that I can somehow parlay this blog gig into a lucrative career or at least something that I won’t mind doing for a living until I’m like 80.

Owner, operator Queencitybeerleague.com. AKA The Commish. Q-Ball is that asshole at the office who refuses to brew a fresh pot of coffee. Not because he doesn't want to, he's just too embarrassed to admit that he doesn't know how.
View all posts by Q-Ball →
This entry was posted in News, Random and tagged Finance, Invesments, Money, Yahoo. Bookmark the permalink.