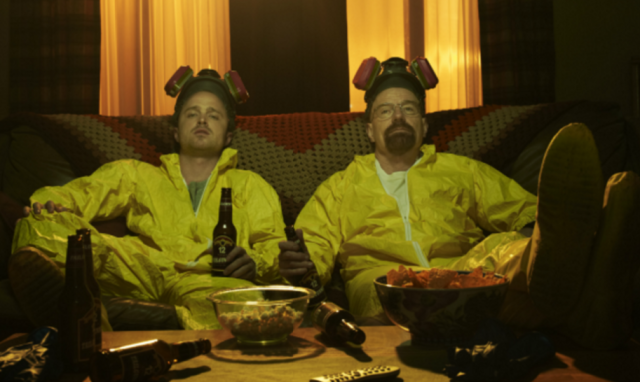 Just got this photo of Steve Sexton. @BCSOalerts says he was arrested at home in Lemon Twp w/ 13 meth labs. @WCPO pic.twitter.com/SjpZISlDUq

Officers said they found the labs while serving a warrant in the 2900 block of Locust Street.

Middletown police said they were attempting to serve a warrant to 48-year-old Steve Sexton when an officer found a meth lab.

Friday afternoons are THE WORST. Work minutes go by slower than microwave minutes and everyone is all angsty and on edge waiting for that clock to hit 5 (more like 4 or 4:15). The lame office comedian goes from cube to cube making quips about everyone’s weekend plans and no one, and I mean literally no one is doing anything that even remotely resembles real, actual work. Like it’s about 2:30 (it’ll be way later than that by the time you read this, but bear with me) and I swear to God I’ve probably spent the last hour staring at my computer screen. Not reading, not looking at spreadsheets or anything, just staring into the digital abyss with an occasional break to check Twitter on my phone. On any given Friday, that process will probably be repeated for a solid two more hours. Computer screen, phone, back to the computer screen, then jump back to the phone again until it’s quitting time. Not today though. Today I have some motivation, a little extra pep in my step if you will. Why? Because somewhere out there there’s some joker with not one, not two, not three, not four, not five, THIRTEEN meth labs. Say what you want about the morals and ethics of cooking crank, but if you deny that kind of hustle I just assume you’re the kind of guy that doesn’t appreciate greatness. A person that doesn’t recognize what it takes to claw your way out of a dumpster and all the way to the top of the food chain. Not me though. Normally I’d be sitting here at my desk feeling sorry for myself and trying not to fall asleep, but instead I’m going to grab my hardhat and my lunch pail and hammer out another blog, because greatness never takes a second off.

Owner, operator Queencitybeerleague.com. AKA The Commish. Q-Ball is that asshole at the office who refuses to brew a fresh pot of coffee. Not because he doesn't want to, he's just too embarrassed to admit that he doesn't know how.
View all posts by Q-Ball →
This entry was posted in News and tagged Arrest, Meth Lab, Methamphetamine, Middletown, Work. Bookmark the permalink.