Ken Griffey Jr. Is Headed To Cooperstown, Receives More Hall Of Fame Votes Than Anyone Who’s Ever Played

Perhaps the least shocking news that has caused a legitimate stir that I can remember in recent memory. Everyone with two eyes, a brain, and a somewhat reasonable understanding of the game of baseball knows that Junior is a first ballot, unanimous Hall of Famer. Unfortunately, three grumpy old men out of a panel of 400+ didn’t feel the same way. That’s OK. The very fact that we’re even having this conversation, the very fact that these guys will forever have their credibility questioned by the general public for not voting Griffey tells you everything you need to know about Junior’s greatness. Junior just received more votes than anyone who’s ever been enshrined in Cooperstown, more than Seaver, more than Ryan, more than Ripken, and yet people are still ready to pick up their pitchforks and burn the these three voters at the stake. Stop and think for a second about just how good you have to be to receive the highest percentage of the Hall of Fame vote ever yet STILL have the general public think you got jobbed? That’s Ken Griffey Jr. Hands down the best baseball player I’ve ever seen in my life and I hope like hell that he’ll never be topped. What’s even crazier is that Junior is still labeled as one of those “what if?” ballplayers. What if he never wrecked his legs? What if he hadn’t have gone to Cincinnati? Honestly had Junior stayed in Seattle and done steroids like the entirety of Major League Baseball did at the time there isn’t a doubt in my mind that Griffey Jr. would be no. 1 in just about every major statistical category in baseball history. Instead, Griffey saw a chance to come back home to Cincinnati and put the Reds on his back. The team that knew and loved, the team that he grew up with, and in the process probably ended up derailing his shot at being literally the best baseball player that’s ever lived. As a Cincinnati fan, I will forever be grateful for that. I will forever be grateful for everything Junior did in a Reds uniform. I remember as a kid when Leather Pants Man came on TV late at night, face about as green as Jim Carey in The Mask to announce the Reds had acquired Griffey. I remember where I was for 500. I remember where I was for 600. I remember the video games and the MVP’s and the Home Run Derby’s and I think I speak for all Cincinnati kids, maybe kids my age in general when I say that I didn’t just want to be LIKE Junior, I wanted to BE Ken Griffey Jr. The term GOAT gets tossed around a lot these days as a joke and what not, but in my mind Ken Griffey Jr. really is the Greatest Of All Time and no amount of statistics or old man baseball writers will probably ever persuade me to change my mind. 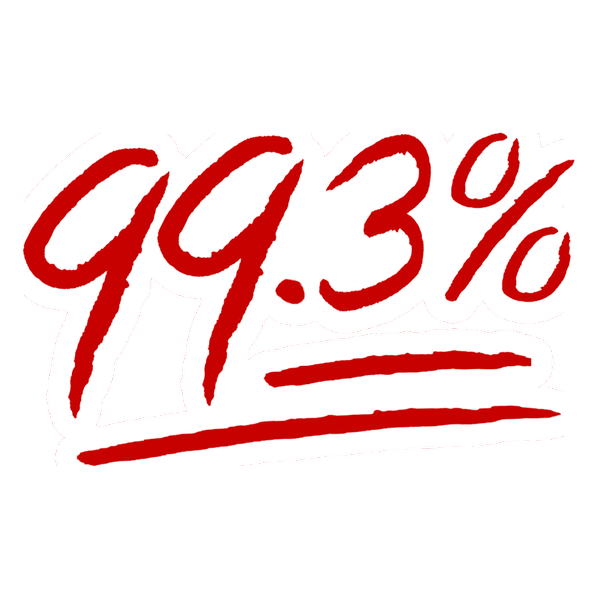 PS- Not sure who created the 99.3% One Hunnit emoji but it’s awesome and I’m kinda sorta reeeaaaalllllyyy jealous that it wasn’t me. Coulda threw that up on a T-shit and increased my bank account 99.3% as well.

Owner, operator Queencitybeerleague.com. AKA The Commish. Q-Ball is that asshole at the office who refuses to brew a fresh pot of coffee. Not because he doesn't want to, he's just too embarrassed to admit that he doesn't know how.
View all posts by Q-Ball →
This entry was posted in News, Reds, Sports and tagged Cooperstown, Hall Of Fame, Ken Griffey Jr., MLB, Reds. Bookmark the permalink.