Let’s get one thing straight: The Big Ben rape jokes are played the fuck out. Yep, I said it. Me, the biggest Bengals fan on Earth thinks the Ben rape jokes are a thing of the past. I realize that rape allegations are serious and something that can never be shook, conviction or no conviction (let’s be honest though, Ben totally raped that girl in a Georgia bathroom) unless you’re Kobe Bryant and you sign a nine figure Nike deal and win a couple championships. Personally, I think the Big Ben rape jokes have been tossed out there so much that anyone who uses them is bordering on “SEE YOU NEXT YEAR HAHAHAHAHAHAHA” office funny guy on December 31st territory. Having said that, I LOVE the Big Ben Rape warning. I have no problem going back to the well for a joke as long as you can still make it somewhat unique and creative and a full blown PSA parody on old man 700 WLW is downright hilarious. Just a bunch of crusty, old, angry white guys running a spot that makes light of sexual assault without any fear of public backlash. I love it. The only beef I really have with 700 is that they think Ben wouldn’t fuck chicks from Kentucky, Indiana, and Clermont County? Ben thinks PF Chang’s is a nice restaurant and hails from fucking Findlay, Ohio, pretty much the crotchstain of this great state. I know for a fact that Big Ben Roethlisberger is probably the type of guy who would go to town on some nasty ass Covington pussy. Not probably, definitely. 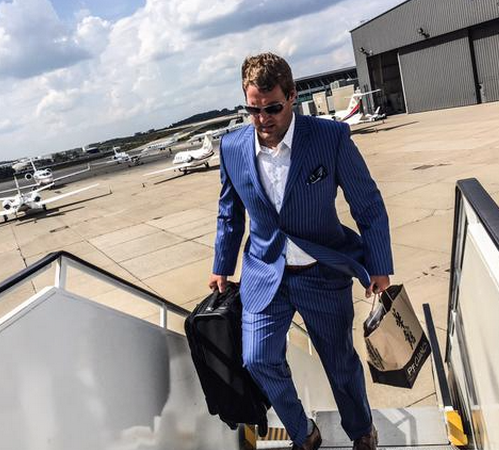 Owner, operator Queencitybeerleague.com. AKA The Commish. Q-Ball is that asshole at the office who refuses to brew a fresh pot of coffee. Not because he doesn't want to, he's just too embarrassed to admit that he doesn't know how.
View all posts by Q-Ball →
This entry was posted in Bengals, News and tagged 700 WLW, Ben Roethlisberger, NFL, Pittsburgh Steelers, Playoffs, Radio. Bookmark the permalink.