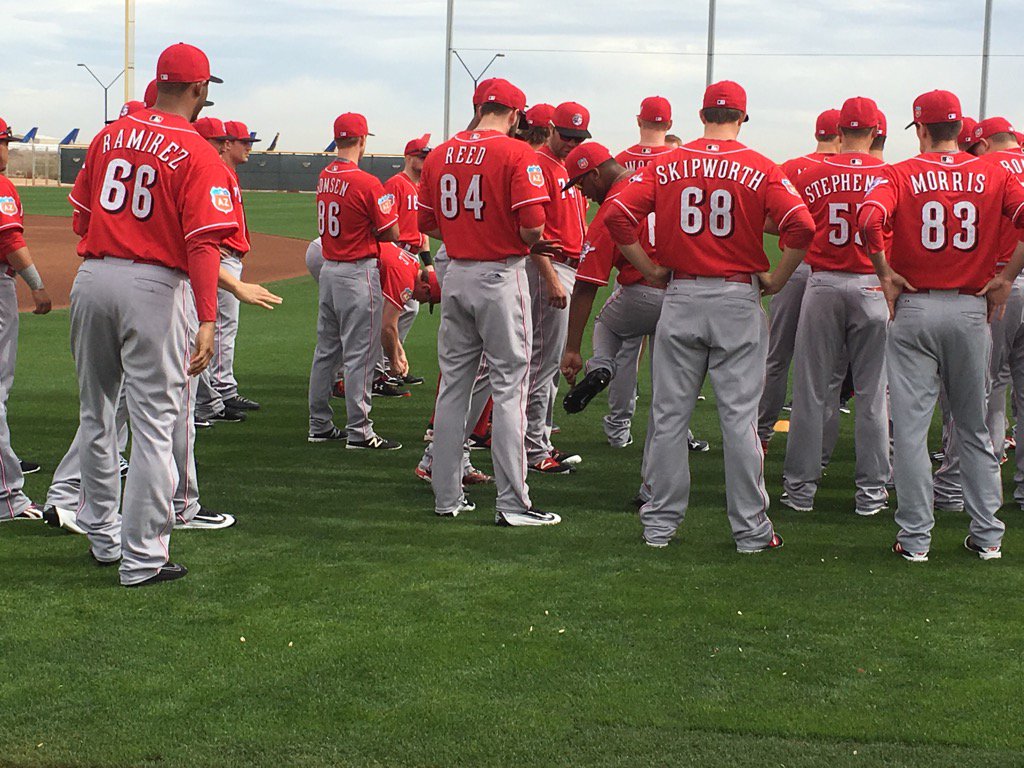 Hey there goes Raisiel Iglesias, remember him? He threw some decent stuff last year before being sent back down to toil away in the wonderful world of AAA baseball. Oh and look, there goes Jumbo Diaz, looking as Jumbo as ever. And there goes, um… well… Yikes. Not an encouraging picture to start off day 1 of spring training. I get that most camps are made up of a bunch of no name guys at this point. The majority of rosters around the league are stacked with a bunch of random, create a player names all hoping to sneak their way onto the big club instead of spending another year or two in AA ball, but Jesus, Mary, and Joseph. I’d at least like to see a couple more familiar faces out there. I feel like Verne Lundquist calling the AT&T Open in Happy Gilmore 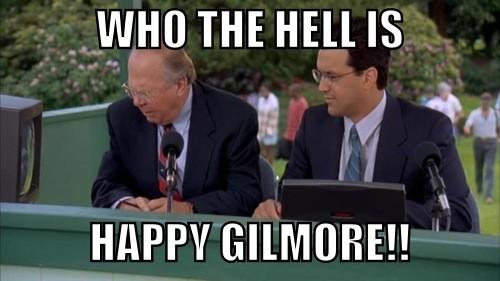 No Cueto, No Leake, No Chapman this year. All I see out there is a bunch of numbers in the sixties and seventies. Looking like a Goddamn offensive line out there. I’m no sabermetrics statistician, but I’d be willing to bet that the higher the average jersey number of the members on your pitching staff, the higher your season loss total is going to be.

Owner, operator Queencitybeerleague.com. AKA The Commish. Q-Ball is that asshole at the office who refuses to brew a fresh pot of coffee. Not because he doesn't want to, he's just too embarrassed to admit that he doesn't know how.
View all posts by Q-Ball →
This entry was posted in Reds and tagged Catchers, MLB, Pitchers, Spring Training. Bookmark the permalink.