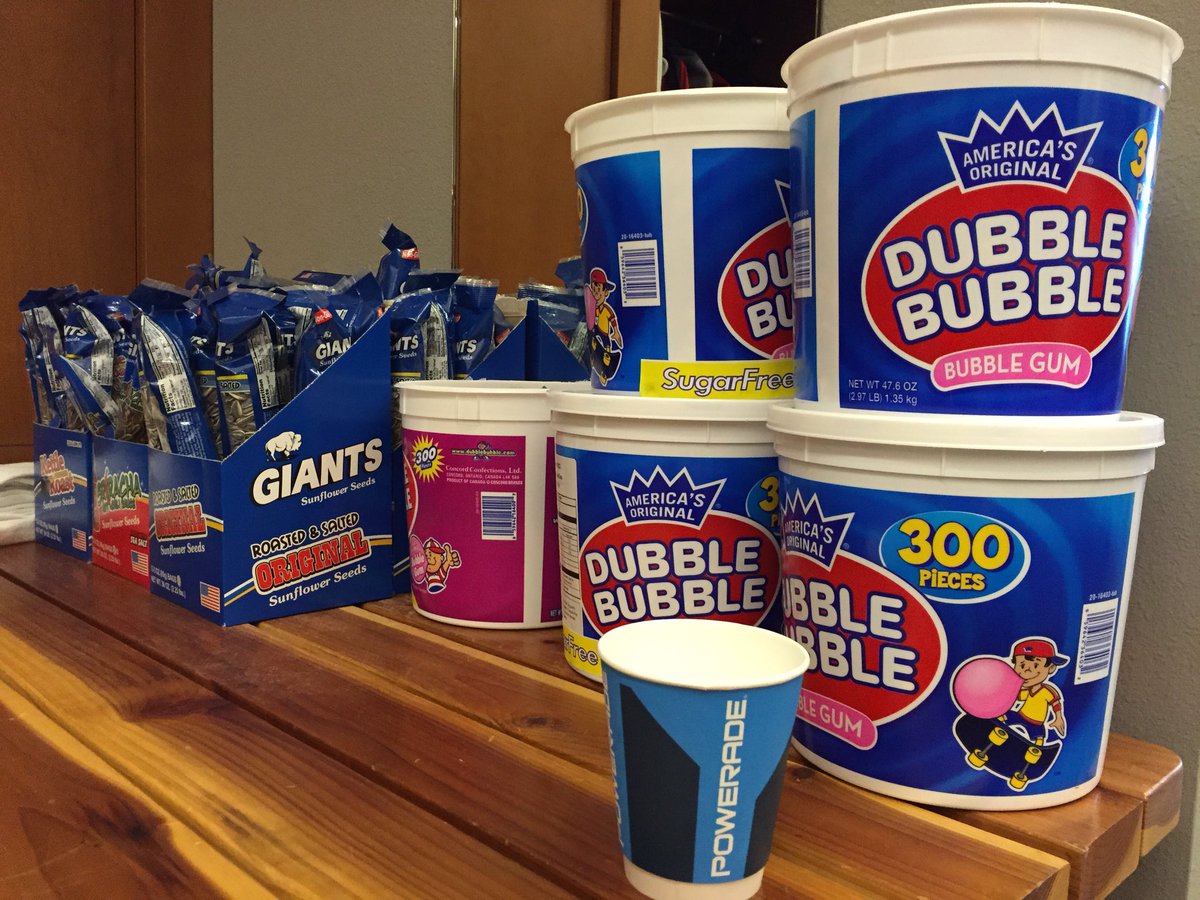 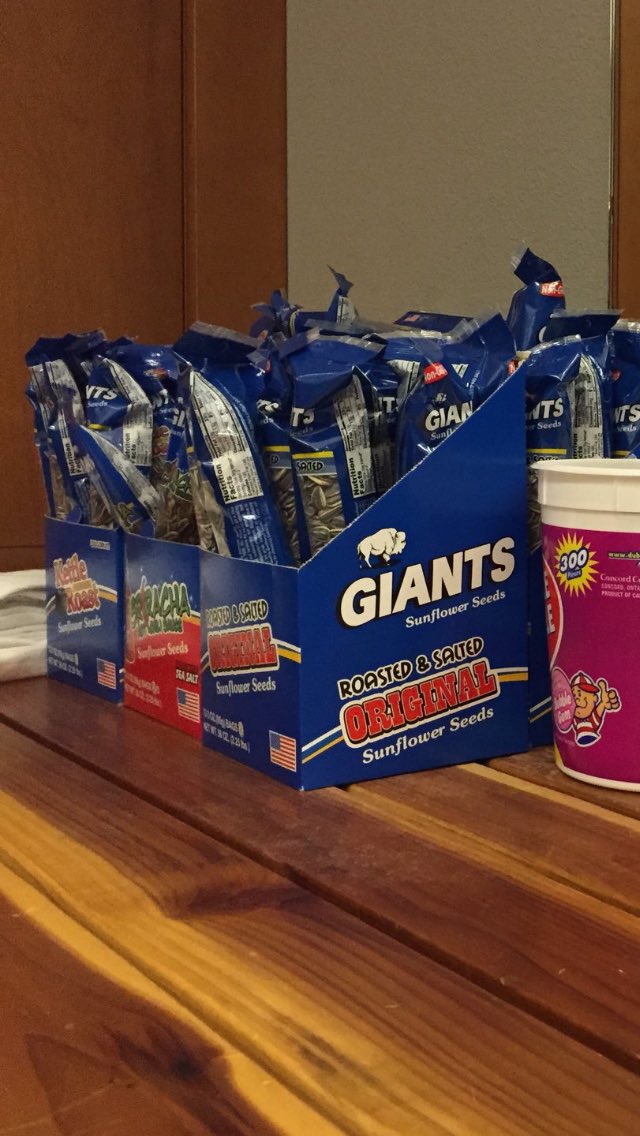 I believe it was Napoleon that once said, “an army marches on its stomach,” meaning that you can’t be a winner on the battlefield if you’re forced to eat dog shit day in and day out. Well then, how the hell are we supposed to expect Reds Army to march their way to victory this year if they’re forced to spit knockoff sunflower seeds all season long? Seriously, I’ve probably had no less than a million sunflower seeds in my life and I’ve never even heard of Giants brand before. What kind of bootleg shit is that? Are they the Steve & Barry’s of sunflower seeds? All I know is you open up the door for budget ass shit like that then you’re going to get a budget ass product on the field. Kind of makes me think we only supply one ply TP in the restroom instead of 2 ply, or basic cable in the clubhouse instead of the full DirecTV Premier package complete with Sunday NFL Ticket, or feed the players buffet steak from Golden Corral instead of a perfect center cut filet from my good Twitter friend Mr. Ruby’s place. We’re a storied Major League club for Christ’s sake, not some Independent League team in rural America. I don’t think it’s too much to ask that we get some David Sunflower Seeds out to Goodyear, Arizona STAT.

Oh, and for the record, here’s the official sunflower seed flavor rankings:

Sweet, salty, tangy. Just like real BBQ. Is there anything that doesn’t taste good BBQ’d? Nope. Moving on.

The perfect choice for anyone looking for bold flavors but also a little bit of a kick that’ll get your lips and gums tingling. Then you turn 18 and just start dipping like a real ball player.

Much like BBQ, ranch anything is generally going to be top notch stuff.

Admittedly dill pickle is a strange flavor to pick out in the complete arsenal of flavors, but I’m a huge pickle guy myself. I’ll house those things straight out of the jar, so I’m on board with the dill pickle seeds. Not sure if they still make these but if not they should definitely go back into production.

Nothing wrong with straight up sunflower seeds, but anyone who regularly goes for original salted when there are a million flavors available is like your grandma who still refuses to use a cell phone or a guy who still doesn’t wear batting gloves. The technology is there and it’s better, but sometimes it’s still good to get a little nostalgic and reach for a bag of original seeds every once in a while.

Good idea in theory. Nachos and ballparks go together like lamb and tuna fish, but nacho cheese seeds are the absolute worst. I’m not sure what vomit flavored sunflower seeds would taste like, but I’d imagine it’s fairly similar to David’s Nacho Cheese seeds. I’d rather try the Giants seeds tbqh.

Open up the checkbook and let’s get the boys some real seeds, Mr. Castellini.

Owner, operator Queencitybeerleague.com. AKA The Commish. Q-Ball is that asshole at the office who refuses to brew a fresh pot of coffee. Not because he doesn't want to, he's just too embarrassed to admit that he doesn't know how.
View all posts by Q-Ball →
This entry was posted in Reds and tagged Food, MLB, Spring Training, Sunflower Seeds. Bookmark the permalink.