Greatest video game of all time? No, we’re not here to debate that. Goldeneye 64 is hands down the greatest video game of all time. No matter how advanced new gaming systems or graphics will become, there will never be another game that could even hold a candle to the masterpiece that Rare produced all the way back in 1997. I had the fortune of dusting off and firing up the old N64 the other day and I’ll tell you what, the nostalgia hit me like a Vontaze Burfict helmet to helmet shot over the middle. Admittedly, I was rustier than the Tin Man in a monsoon, but even Jordan would look bad if he were to step back on the court after a decade or so off. I’m still on record as being the best Goldeneye player of all time, though. Anyway I digress. This week’s FMK on TBT is all about the chicks of Goldeneye, Natalya, Xenia, and Mayday. You know the rules. You gotta fuck one, marry one, kill one. Go. 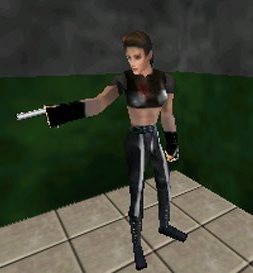 I’ll go as far as to say that Xenia is one of the hottest Bond girls of all time. A bad bitch’s bad bitch. A freak in the sheets and a stone cold killer in the streets. I know she does that move where she wraps her legs around you so tight that you basically asphyxiate but that’s a whole lot better way to go out than 99.9% of people do so I don’t think I’d fight it too much. Xenia’s not a bad character to play with either. If anyone gives you shit for rocking out with Xenia, promptly ignore them because that kid is probably the one who’s finishing in dead last. 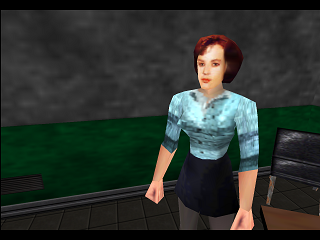 Natalya is the definition of a bottom bitch. She could have very easily jumped ship after Servenaya was destroyed, but instead she linked up with our boy JB and single handedly prevented the destruction of the entire Western World. That’s the kind of girl I want in my corner. Not much of multiplayer character, but that’s OK because I don’t want my future wife slugging it out in the mud with a bunch of gamer nerds. That’s not how my girl rolls. I don’t really have anything against Mayday, I just don’t think she’s a memorable enough character to really make the cut. I mean, did you or anyone you know ever really choose to play with Mayday when it came time to throw down? My choice exactly. Maybe this isn’t so much Mayday’s fault as it is her being a product of the Roger Moore era, but someone’s gotta go, and unfortunately in this case, it’s our girl Mayday. Also that whole superwoman strength thing kinda creeps me out. Can’t be having a girl that can toss me like a ball of dough.

Owner, operator Queencitybeerleague.com. AKA The Commish. Q-Ball is that asshole at the office who refuses to brew a fresh pot of coffee. Not because he doesn't want to, he's just too embarrassed to admit that he doesn't know how.
View all posts by Q-Ball →
This entry was posted in Babes and tagged Goldeneye, N64, Video Games. Bookmark the permalink.