Technical difficulties pushed the Jag’s fifth overall pick back to today, but nonetheless, Jacksonville is on the clock…

The pick is in

“With the fifth overall pick in the 2016 NFL Draft, the Jacksonville Jaguars select, Earl Wilkinson, DB, The Replacements.” 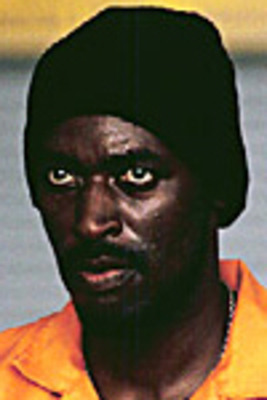 As strange as it is to say, the Jags are more or less set on the offensive side of the ball. Blake Bortles, Allen Robinson, Julius Thomas, Chris Ivory, and TJ Yeldon are all young, formidable offensive weapons that have the Jags future looking about as bright as Gus Bradley’s bald ass head. The defensive side of the ball is a whole ‘nother story. The Jags could use some help in the secondary which is why Wilkinson is a great fit for them with the fifth pick. It’s tough to talk about Wilkinson without mentioning the elephant in the room, his checkered criminal past, but it’s worth noting that there are a plethora of DB’s around the league who haven’t exactly proven themselves to be model citizens yet still have the ability to make big plays in the secondary. Janoris Jenkins, Tyrann Mattheiu, and Pacman Jones have all had their fair share of run in’s with the authorities, but all are big time defenders in the league to this day. Wilkinson looks to follow suit and I mean, let’s face it, you gotta be a mean motherfucker to play defense in the NFL. Wilkinson’s size, attitude, and physicality should serve him well on Sundays.

Owner, operator Queencitybeerleague.com. AKA The Commish. Q-Ball is that asshole at the office who refuses to brew a fresh pot of coffee. Not because he doesn't want to, he's just too embarrassed to admit that he doesn't know how.
View all posts by Q-Ball →
This entry was posted in Movies, Random and tagged Jacksonville Jaguars, Mock Draft, NFL, NFL Draft, The Replacements. Bookmark the permalink.